2010 JusticeMakers Fellow Dato’ Yasmeen Shariff met with Dato’ Shamsiah Rahman, who was the former Director General (DG) of the Department of Social Welfare from 2003-2006 and just retired from her role as special advisor to the Ministry of Women, Family, and Community Development. They sat down at Dato’ Yasmeen’s office to discuss the prospect of her JusticeMakers Project, which would implement a policy of diversion for juveniles from the court system for petty offenses.

Speaking from her perspective as a former DG, Dato’ Shamsiah unequivocally asserted her support for adopting juvenile diversionary procedures in Malaysia. “It is high time for us to study the possibility of introducing diversion programs to the juvenile justice system in Malaysia. I’ve seen this being done in Singapore and Thailand. What we need to do now is to study which diversion program is most suitable for Malaysia.”

Notwithstanding her endorsement, she questioned the potential of expanding an already overburdened welfare department.

“Everyone agrees that institutionalization should always be the last resort. Still, if we really want to advocate this mentality, we must realize that there has to be changes in the financial and human resources dedicated to this department. Currently, it is already stretched to capacity. If we start diverting more cases away from the courts, and towards alternative agencies like probation and welfare, they [federal government agencies] would have to approve of more staff and funding.”

The government would have to expand the department to accommodate the children redirected from the court system. But Dato’ Shamsiah offered other methods that would lighten the burden on the welfare department.

“You could use NGOs, volunteers, community members and religious leaders to assist with a lot of the rehabilitative workshops and activities. Of course you would still need specialized social welfare officers to analyze cases, process applications, and recommend tailor-made solutions. But there is no need for them to be overseeing community service work, for example. This could be just as effectively done by someone from civil society.” 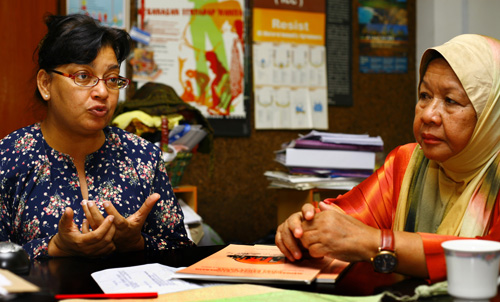 Another critical impediment to juvenile justice reform is the lack of training among the various justice sector actors.

“It is imperative for those working with children to be properly trained in dealing with and handling children and aspects related to children, such as the Convention on the Rights of the Child (CRC) and Child Act,” Dato’ Shamsiah stated. “This is especially true for those who are freshly graduated and have to deal with children in their course of work. They must understand that decisions made on children can have a lasting impact on them. One suggestion made to overcome this problem is to offer a subject on children’s issues as an elective subject to final-year students doing e.g. social work, law or medicine.”

Dato’ Shamsiah also highlighted a lack of interagency training. Even when trainings are held for law enforcement, judicial officials, lawyers or the welfare department, they are not done collaboratively. This can be debilitating because different training content often inspires a different vision, one that might be more progressive or conservative with respect to juvenile justice. A collaborative training program, which would bring together all members of the justice sector, would streamline procedure for how children that come into conflict with the law are handled.

Furthermore, Dato’ Shamsiah and Dato’ Yasmeen cited law enforcement’s priority list as a reason that juvenile justice reform has not been taken seriously by that department.

“Children must be in the priority list of all child-related agencies, including law enforcement.” Dato’ Shamsiah claimed. “As for those children who come into conflict with the law, it is important to see their cases are disposed of early so that children do not have to be remanded for a long time.”

Dato’ Yasmeen added, “Not only do they [police] have more serious adult crimes to deal with, but also white collar crimes. This is where the money is at, so sometimes more attention is given to these cases. Children will remain in remand lockups, and more ‘important’ cases will be pursued.” 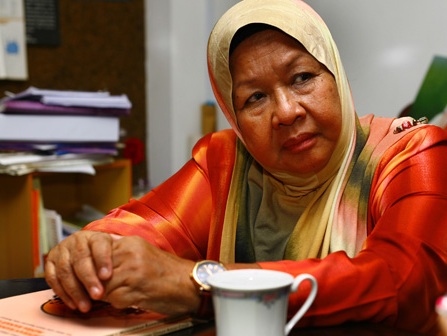 Despite these challenges of an overburdened social welfare department, inadequate training, and nominal attention given by law enforcement, the cards do in fact seem stacked in just the right order for substantial reform to take place.

“In order to get things done here, it is very important to have the right people, in the right place, at the right time,” Dato’ Yasmeen said. “Right now, we have a very good minister [Women, Family and Community Development] who really believes in these issues. When I go into meetings with her, I just raise my hand, voice my concern, and if presented with facts and numbers, the Minister will go forward with it directly to the cabinet.”

Dato’ Yasmeen has been conducting comparative research on diversion programs in other regional countries, such as Thailand, Singapore and New Zealand, and how those successes could be applied to Malaysia’s juvenile justice system. Once the report is finished, she will present them to the relevant players and influential officials, hopefully in the coming months.

Not only does Dato’ Yasmeen have the benefit of a sympathetic Minister, but she also has valuable friends in a wide-spectrum of departments. Shamsiah, as evident with this meeting, will assist her within the Ministry of Women, Family and Community Development.  Dato’ Yasmeen has built relationships in the Attorney General’s Chambers and prison authorities, both essential buy-ins if reform is to truly be realized.

And people really do share Dato’ Yasmeen’s vision to divert children away from court. Shamsiah talked about the benefits of diversion, a philosophy shared by other officials in the ministry.

“Diversion would reduce the court case load significantly, which has really made it hard for magistrates to thoughtfully consider cases. It would also give children better opportunities to reintegrate back into society, and involve the families in a much more interactive and beneficial way.”

Shamsiah concluded by giving her commitment to address this issue seriously at the next Ministry meeting. Even though she is retired, Shamsiah still has ample access to the Minister, advises her on certain social welfare issues, and occasionally attends Ministry meetings.

Dato’ Yasmeen affirmed that, “the political will is there, it’s just a matter of pushing it through.” With the increased support of dedicated government officials like Shamsiah, pushing it through is beginning to seem like a feasible feat.