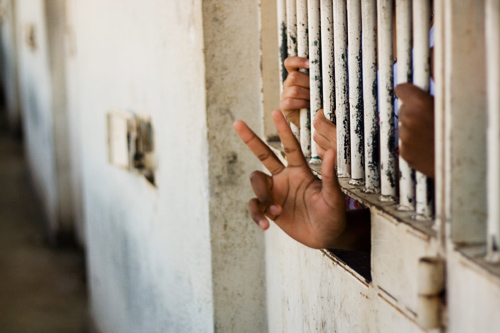 International Bridges to Justice (IBJ) is a nonprofit, non-governmental organization that was founded in 2000 with a vision to end torture in the 21st Century and ensure the just implementation of criminal laws. IBJ’s experience has shown that having legal counsel at the earliest stages of a defense can reduce instances of torture by as much as 80%. Thus, IBJ works with the public defender, or legal aid lawyer, to reinforce the protection for, and the individual dignity of, people facing unfair criminal prosecution in developing and transitional countries. IBJ’s approach focuses on defender capacity building through trainings and resources, roundtable sessions bringing together key criminal justice stakeholders, and legal rights awareness campaigns. Since its inception, IBJ has pioneered this practical approach to human rights, and is now poised to catalyze legal transformation in countries worldwide. IBJ’s funding partners include the Skoll Foundation, the United Nations Fund for Victims of Torture, Ashoka, and Echoing Green, among others. 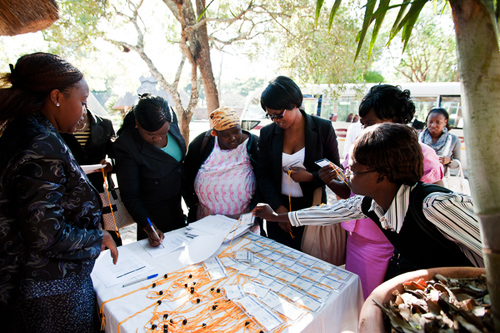 JusticeMakers Community
JusticeMakers is an online community that shares intellectual capital and best practices in the field of criminal justice. The site connects passionate members of the criminal defense community, facilitates discussions, and hosts competitions that seed the most innovative proposals that seek to curb torture and legal abuse.

As a project of International Bridges to Justice, JusticeMakers seeks to unleash the collective energies of criminal defenders from around the world and realize the vast potential of international human rights legislation.  The online effort is supported by a partnership structure that brings the website’s tools and wealth of knowledge to those living beyond the digital divide.

JusticeMakers Competition
JusticeMakers hosts criminal justice innovation competitions that source and fund grassroots legal rights projects in a handful of communities around the world, while building bridges among legal aid advocates in disparate places. JusticeMakers was launched in 2008 as a global competition that identified eleven “heroes of criminal justice,” who each received $5,000 in seed funding to implement their initiatives locally. The JusticeMakers team shared their stories, aspirations and challenges and position these heroes as the face of the larger criminal justice movement. JusticeMakers are coupled with budding journalists through IBJ’s Embedded Documentary Journalism Program. In 2010, IBJ conducted a four-month long Justice Makers competition, and awarded eleven 2010 Asia JusticeMakers Fellowships. The winning projects were selected for their innovation, relevance, sustainability, and potential to make the country’s justice system fairer and more accessible for ordinary persons accused of crimes.