My body is mine all mine, I decide.”) 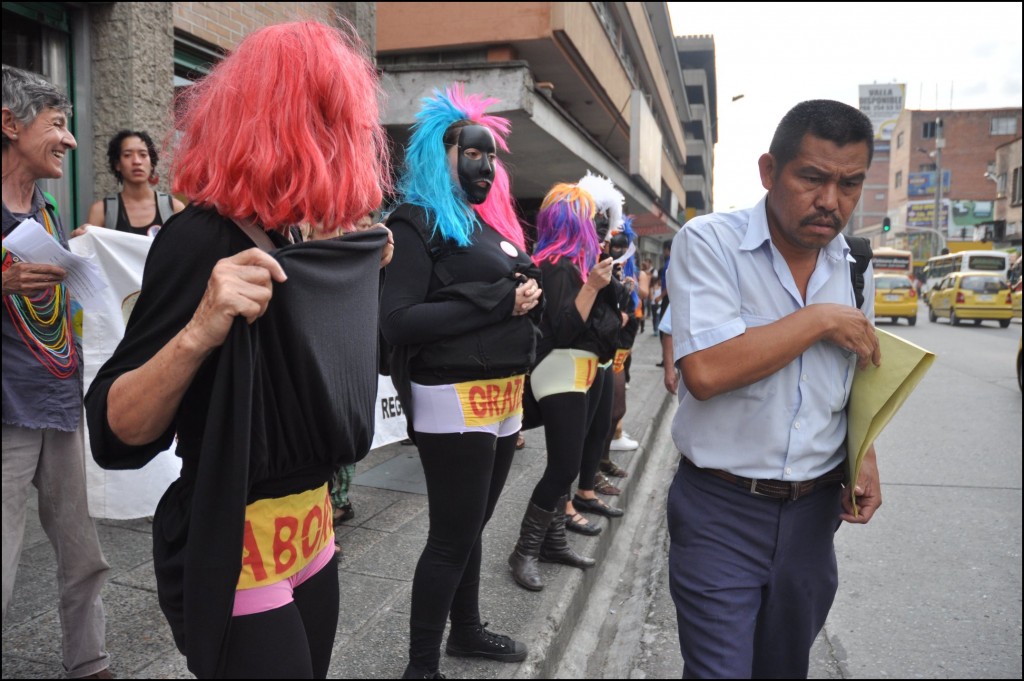 Medellín, Colombia – A woman in Colombia may seek a legal abortion only if she finds herself in one of three specific situations: (1) if she becomes pregnant as a result of violation, (2) if the pregnancy puts her life or health in danger, or (3) if the fetus is known to have a fatal malformation.  (Sentencia C355/06 Corte Constitucional.) The punishment for a woman who has an illegal abortion is up to 3 years in prison and the punishment for a doctor or other person who performs the procedure illegally (even if medically licensed to do so) is also up to 3 years. Under Colombian law, women do not have the right to choose.  This fact, as well as the general status of women in Colombia’s patriarchal society, is something that the feminist activists of La Red Juvenil in Medellín are up in arms to change.

A subset of activsts at La Red Juvenil, a youth network, are dedicated to women’s issues and organize events focused on rights awareness and public activist demonstrations.  Their aim is to widen the dialogue about women’s issues, to educate, and to empower those in accord to act.  The group itself meets twice a month to read and analyze texts on feminist theory, discuss new projects and strategies, and to support each other in their collective effort to support their fellow female citizens.

Photos: JusticeMaker Adriana (pictured left, center) and activists from La Red Juvenil attend an open seminar on women’s rights in the context of globalization and the capitalist system.