On November 11 2010, JusticeMaker Waqas Abid, visited Kasur District’s Central Jail for a meeting with the prison’s superintendent and deputy superintendent, Mr. Intzar Wali Khan and Mr. Tahir. They briefed Waqas on the challenges facing their prison. Built for a capacity of 596, the jail currently houses 1674 prisoners. Cells built for four people hold 12, with one very small toilet to share and poor washing facilities. Among the detainees are 14 women, including three nursing mothers, and 44 juveniles.

One reason for this excessive overcrowding is the stuttering pace of Kasur’s court system. Police often take several months to complete their investigations, delaying court proceedings, leaving those who cannot afford bail (the majority) sitting in jail for months or years. Capacity is also stretched by inmates accused of minor crimes, who need to pay a fine, but have no way to do so, and thus remain sitting in jail. 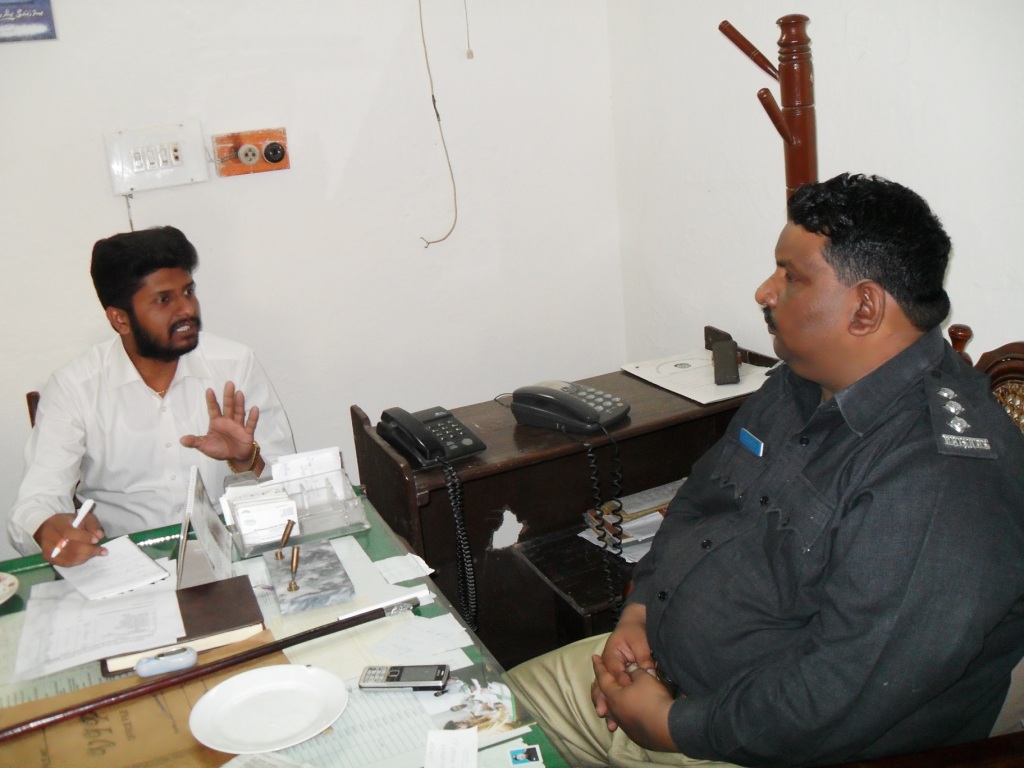 Mr. Tahir suggested that a legal aid system would significantly improve the circumstances of prisoners who can’t afford legal fees. Additionally, an advocacy campaign targeted at police to ensure the timely completion of investigations would have a considerable impact.

There has, however, been some improvement and the opportunity for further change exists. After the recent implementation of new judicial policies, more cases are being completed in a timely manner. Additionally, Waqas recently met with a representative of Pakistan’s Social Welfare Department, whose responsibilities include providing medical and legal support to women, juveniles and the elderly. Waqas’ group, Good Thinkers Organization-Pakistan, is a legal aid leader in Kasur, and the representative suggested a collaborative approach to tackle the existing problems in Kasur’s jails.

With this system in place, the endemic difficulties in the central jail could be tackled, the first step towards an effective and efficient legal system in Kasur