You are here:  Home » Advisement of Rights » Building Bridges with Other Juvenile Rights Actors

JusticeMaker Nana Chapidze has found numerous successes in her project to increase public awareness of juvenile rights in Georgia. A key component of this has been the ability of her organization (Georgia Young Lawyers Association) to collaborate with other non-profit and non-state actors in her country.

One partner with whom Nana is building closer ties is UNICEF Georgia. UNICEF is an important partner due to cooperation agreement the organization recently signed with the Georgian government, putting UNICEF at the forefront of juvenile justice reform in Georgia.  UNICEF is working to assist the Georgian government in living up to its obligations under the UN’s Convention on the Rights of the Child. Through UNICEF, Nana has received information that will improve GYLA’s ability to create effective programs and work in the field. 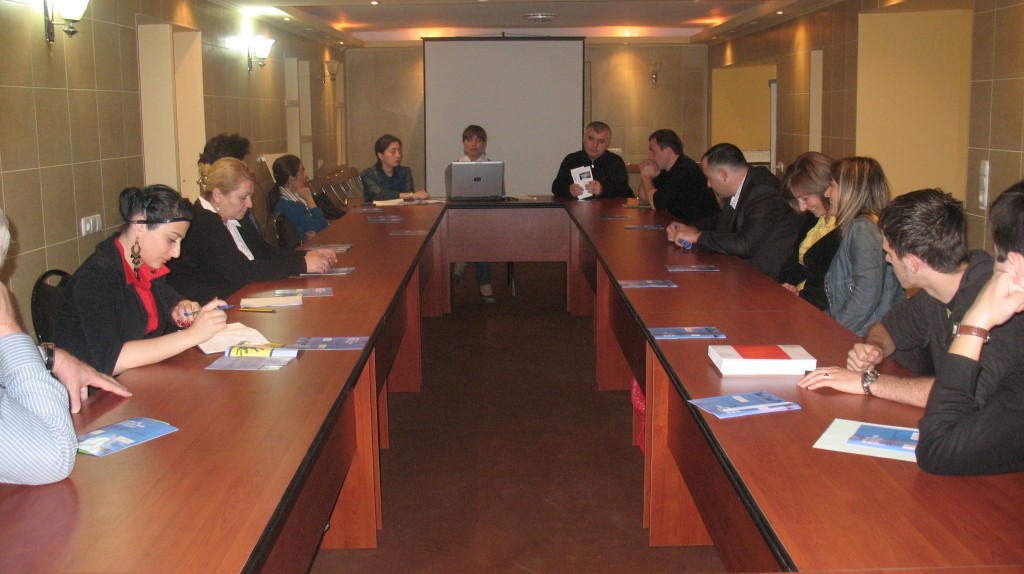 Nana has also signed preliminary agreement s of cooperation with five others NGOs and is in negotiation with the Kutaisi probation bureau. One group, the Georgian Centre for Rehabilitation of Torture Victims (GCRT) focuses on rehabilitating youths who have been released on probation under a diversion mechanism which permits prosecutors to waive juveniles’ criminal responsibility for first offenses or misdemeanours. Interacting with groups such as GCRT significantly increases the depth of Nana’s project, allowing her to develop better information streams for her trainings.

In addition to its work with UNICEF and GCRT, GYLA has hosted a training event on juvenile rights in a children’s shelter, and organised a project presentation to different state and non-state stakeholders, such as the Legal Aid Bureau, universities, civil organizations working on juvenile cases. Additionally GYLA plans to organize networking events for civil organisations, the prosecutor’s office, police officers and other court representatives to discuss key issues in juvenile justice reform in Georgia.