You are here:  Home » English » A Bumpy Road to Juvenile Justice Reform in Malaysia

A Bumpy Road to Juvenile Justice Reform in Malaysia

Kuala Lumpur, Malaysia — Roughly ten years ago, 2010 JusticeMakers Fellow Yasmeen Shariff embarked on a routine visit of a detention center, surveying prison conditions and offering legal aid through her capacity as a member of the Kuala Lumpur Legal Aid Center. What she found was far from routine. One of the prison wardens approached her with slumping shoulders and a lowered head, signaling ominous news. This official, who will remain nameless due to the sensitivity of the subject, indeed revealed a shocking development to Yasmeen.

This official confessed that the prison was housing hundreds of juvenile detainees, some who were as young as ten. Their offenses ranged from petty crimes such as theft and car jackings, to vicious ones like rape and murder. He revealed that this section of children had remained a relative mystery to officials and activists outside of the detention center, and that Yasmeen was the first lawyer to be made aware of their existence.

Yasmeen was immediately troubled by his admitted lack of experience and knowledge on how to handle child inmates. The official told Yasmeen he barely had any staff qualified to oversee this swelling population of juvenile detainees. He also had nowhere to send them, for once the courts sentence juveniles to detention centers, the prison authorities have no choice but to accept them. He had little clue on his next step. Yasmeen admits that it was his sense of desperation, as well as her close relationship with prison officials, that motivated the official to divulge such delicate information.

Yasmeen asked to be taken to this area of the prison and given unrestricted access to the child inmates. She wanted to get a first hand look at these children, their living conditions and the state of the facilities. The warden guided her through the various sections of the prison, passing through the separate female and male adult blocks, and finally arriving at the entrance of the juvenile sector. The official glanced at Yasmeen, nodding one last time as if to warn her about what was to follow.

They emerged through the entry corridor and into the juvenile block. Children filled the line of cells in front of Yasmeen, some sitting idle, some scrubbing clothes, and others peering at her and the warden with looks of despair and surrender. She surveyed the image, overwhelmed by the sheer number of detainees, and how young some appeared to be.

She recalls her initial thoughts: “children should not be living like this. At first, all I could think of were my nieces and nephews, and the thought of them living like this. Then I thought of other children running around free without a worry or concern. It was an awful feeling to compare the two situations. From this point on I vowed to get these children out of jail, and do everything in my power to prevent further incarceration of children.”

This newfound mission prompted her to utilize her long-established political connections, and organize meetings with the Department of Social Welfare and different officials from the Ministry of Home Affairs. She relayed what she had witnessed on the fateful prison visit, and urged their immediate collaboration to help release the child inmates. She knocked on doors, both small and big, and still received hardly any substantial responses.

She grew ever the more desperate, feeling “each day of effort was like a year for the children in prisons.” Her main hurdle, as she remembers, was actually convincing authorities that there were in fact children being held in remand. Out of this desperation, she decided to approach the Minister of Law at a public forum. Presented with such shocking claims, and in a rather public manner, the Minister was forced to hear the full story. 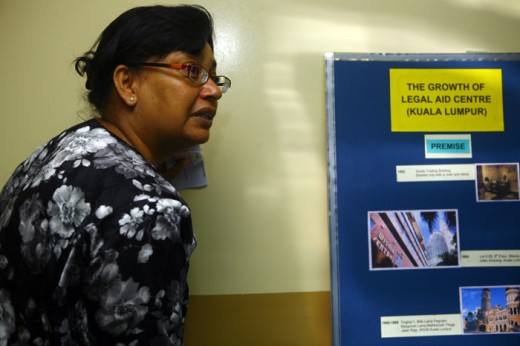 Yasmeen Shariff speaks with fellow lawyers at the launch of the Kuala Lumpur Legal Aid Center Project Outreach. As a young lawyer, she volunteered her time doing legal aid, and helped create the Juvenile Justice Task Force, which offered legal counsel to indigent child detainees. Unfortunately, due to changes in Bar Council Membership, this body was grouped together with the general legal aid program, leaving no committee left designated specifically for juvenile pro bono cases. (Photo by Jeffrey Bright)

Still, the Minister’s office wanted actual proof of these child detainees, and wrote to the Kuala Lumpur Legal Aid Centre for documentation of their detention. After returning to the prison with other lawyers, collecting interviews of each juvenile, and submitting the interview sheets to the Ministry of Law, these high-ranking officials began to take action.

The first critical move came when the Minister requested Yasmeen to accompany him to see these children, and subsequently ordered the immediate transfer of the juveniles to government-run housing.

This cemented a collaborative relationship with the Ministry of Law, Legal Affairs Division (BHEUU) and Social Welfare offices, as Yasmeen, with support coming from Datin Fauziah Romly who headed the Legal Affairs Department at the time, pushed for further juvenile justice reform. They advocated for more vigilant family notification after the arrest of a child, lower bail, more involvement from the welfare office, and the extension of government-run legal aid to cover juvenile cases. Yasmeen and Datin organized more prison visits throughout Malaysia’s 13 states, and opened up the movement to a wider spectrum of civil society, including influential women’s organizations and political figures. She and a group of lawyers also began coordinating trainings for at-risk youth to educate them about their legal rights. The lawyers shuttled them to court proceedings and detention centers, and invited prison and police officials to give presentations on practical legal matters.

Indeed, the following eight years saw vast improvements to juvenile justice and state policy towards detained children. Valuable government and law enforcement relationships were solidified, families were urged to be more involved in court proceedings, and concerted efforts were made to empower youth through legal rights education. 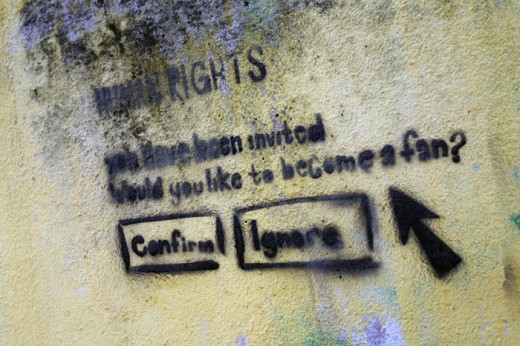 This piece of street art, located adjacent to Malaysia's Bar Council and Yasmeen's office in downtown Kuala Lumpur, sheds light on the sensitivity surrounding human rights discussion in Malaysia. Yasmeen, who has worked with the Bar Council's Human Rights Committee and Malaysia. (Photo by Jeffrey Bright)

Still, Yasmeen continued to witness the plight of children thrown into prison at alarmingly young ages. The Juvenile Task Force that she and Datin helped initiate within the KL Bar Council was discontinued with the ushering in of new council members, and pushed into the general legal aid program. This effectively eradicated the only  juvenile-specific legal aid program in the Bar Council. Brainstorming with other committed lawyers, politicians and activists, she engineered an idea that had yet to be tested. Rather than trying to tackle the problem at the court stage with increased legal aid, lowered bail and family involvement, what if you could prevent juveniles from ever reaching court?

This concept formed the impetus behind Yasmeen’s winning 2010 JusticeMakers Project, which she will use to eliminate juvenile court proceedings and intervene with welfare officials, trained counselors and mediators at the time of arrest. With what was started as a pilot project in Kuala Lumpur, Yasmeen has expanded the program and now proposes to draft and lobby for sweeping national legislation that promotes the use of alternative methods to punishment for most juvenile cases, with the exception of violent crimes such as rape and murder. By using welfare officers, counselors, psychologists and mediators, Yasmeen could try to ensure that the children would never go before a judge.

These professionals, trained in matters specific to family and child behavior, would analyze each case, and propose a range of context-specific options, including, but not limited to, mediation between authorities, the family of the victim, and the perpetrator; family counseling; practical and vocational skills training for the juvenile offender; placement in government-run housing if the family is perceived to be incapable of caring for the child; and community service.

Yasmeen is now collaborating with various agencies and offices, including the Attorney General’s Chambers, the Ministry of Women, Family and Community Development, the Department of Social Welfare, prison authorities, the Kuala Lumpur and Malaysian Bar Council, and universities. The collaborative nature of her project is its most striking ingenuity, and will be vital to the success of this campaign. She has already set up meetings with the aforementioned agencies, and is now preparing the presentations and prison visits she will use to persuade these officials.

What began unexpectedly on a customary prison visit has transformed the last decade of Yasmeen’s life. A lawyer for 24 years, working mainly in financial, commercial and family law, Yasmeen has found a new calling to help Malaysia’s most vulnerable youth. As we sat together in the reception area of her law office, we considered the effect that rampant juvenile detention could have on a society.

She questions: “what kind of future are we giving our children when we regularly throw them in jail, often times for petty and minor offenses?” It creates a repressive youth culture, that will surely manifest itself in an uneducated and hopeless generation further entrenched in crime.

Undoubtedly, the situation appears grim at the moment. A report released in 2008 by the government-sponsored National Human Rights Commission, SUHAKAM, on juvenile justice echoed Yasmeen’s concern about the effects of continued youth detention.

“In our view punitive punishment is not the best approach to rehabilitate young offenders to prevent recidivism and to reintegrate them into society… Instead of being rehabilitated, their experience while in prison can make them become more hardened criminals.”

But with the dedication of Yasmeen and other like-minded lawyers and activists, the tide seems to be shifting toward a more rational and compassionate approach to juvenile justice. 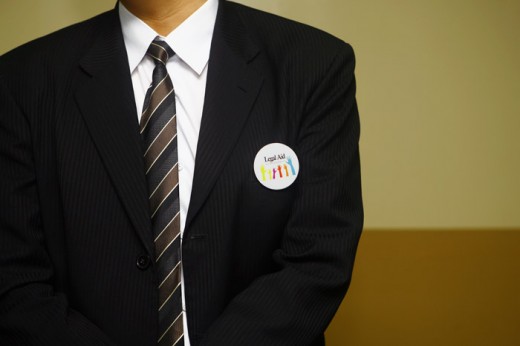 Young Lawyer at the launch of the Kuala Lumpur Legal Aid Center's Project Outreach. Many up and coming lawyers approached Yasmeen at the event, thanking her and relaying their respect for her long, hard-fought struggle to improve child detainees' access to counsel and reform the punitive approach to juvenile justice commonly exercised in Malaysia's judicial system. (Photo by Jeffrey Bright)